In and around the local area

The New Forest is a lively landscape of hidden depths, right on our doorstep ready for you to explore. Escape from the confines of the car and head out on foot, bicycle or even horseback to get a more intimate feel of the forest, its coast and villages. The forest is well furnished with suitable tracks for horse riders to explore its mature woods, dappled glades and beautiful open heathland.

It’s also a genuine walker’s paradise, containing an abundance of circular and linear routes. Outdoor trips are made easy with a host of picnic sites, including toilet facilities, carefully sited for safe and easy access to a variety of forest landscapes.

All year round you’ll find guided walks where local experts unravel the history, geology and wildlife beneath your feet. You can even explore the forest on a ranger-led New Forest event.

For centuries Ringwood has been the traditional, historic market town of the New Forest and the AvonValley, with its Market Charter dating back to 1226. It still has a lively Wednesday morning street market and remains delightful and unspoilt, with both quaint and modern shops, street entertainment, restaurants, pubs and cafes.

It gets its name either from the Saxon Rimue Wode, meaning the edge of the wood, or from the Doomsday version Rinevede, meaning a ford (vede) over a river (rine). Either would be correct, since Ringwood stands on the western edge of the forest at a crossing point of the River Avon. It is essentially the ‘gateway’ to the forest. The Meeting House, built in 1727, is a fine example of a non conformist chapel and now houses an exhibition centre and local history museum.

With the largest natural harbour in the world, human settlement in the Poole area dates back to before the Iron Age. poole-harbour-aerial-viewThe earliest recorded use of the town’s name was in the 12th century when the town began to emerge as an important port, prospering with the introduction of the wool trade. In later centuries the town had important trade links with North America and at its peak in the 18th century it was one of the busiest ports in Britain. During the Second World War Poole was one of the main departing points for the D-Day landings of the Normandy Invasion.

Christchurch is located at the confluence of the rivers Stour and Avon and on the shores of its own spectacular natural harbour. ChristchurchCastle was built in the late 11th Century to protect the town’s and river access to the interior of Wessex. The luxurious Constable’s House has the oldest Norman chimney in Britain and was built around 1150. The stone keep (slighted after 1650), replaced a wooden structure about 1300. The castle saw action in the Anarchy about 1147 and in the Civil War in 1645.

Encompassing seven miles of golden sands and sparkling sea, the vibrant, cosmopolitan town of Bournemouth has it all – a vast variety of attractions, shops, restaurants, buzzing nightlife, events, theatres and shows, alongside endless countryside with beautiful award-winning gardens and watersports including Europe’s first artificial surf reef in Boscombe.

A beautiful, Georgian market town, Lymington is world renown as a sailing resort; there are two large marinas Berthon and Haven and two sailing clubs, RLYC and LymingtonTown. Close to the sailing clubs is an open-air seawater bath that was built in 1833.

More in the Local Area 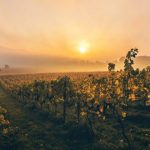 Events in the area 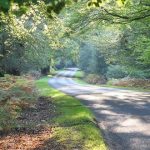 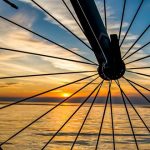